News collects all the stories you want to read
CONCIERGE

Four Seasons Hotel One Dalton Street, Boston is now accepting reservations for May 20th 2019. With thoughtfully appointed accommodations, a full-floor spa and wellness centre including a stunning indoor pool, light-filled event spaces, and the New England debut of the world-renowned Zuma restaurant, it’s both a destination unto itself and a gateway to all the city has to offer.

“Like the city, everything about this Hotel has a youthful feel,” says General Manager Reed Kandalaft, who has carefully assembled a team dedicated to personalising every overnight stay, every event and every meal at the new Four Seasons.  “It’s all forward thinking, fresh and contemporary at every turn.”

The Hotel’s 215 hotel rooms and suites boast floor-to-ceiling windows, with every detail anticipating the needs and wants of modern travellers, from state-of-the-art soundproofing between floors and rooms and precision glazed windows, to at-your-fingertips in room technologies. 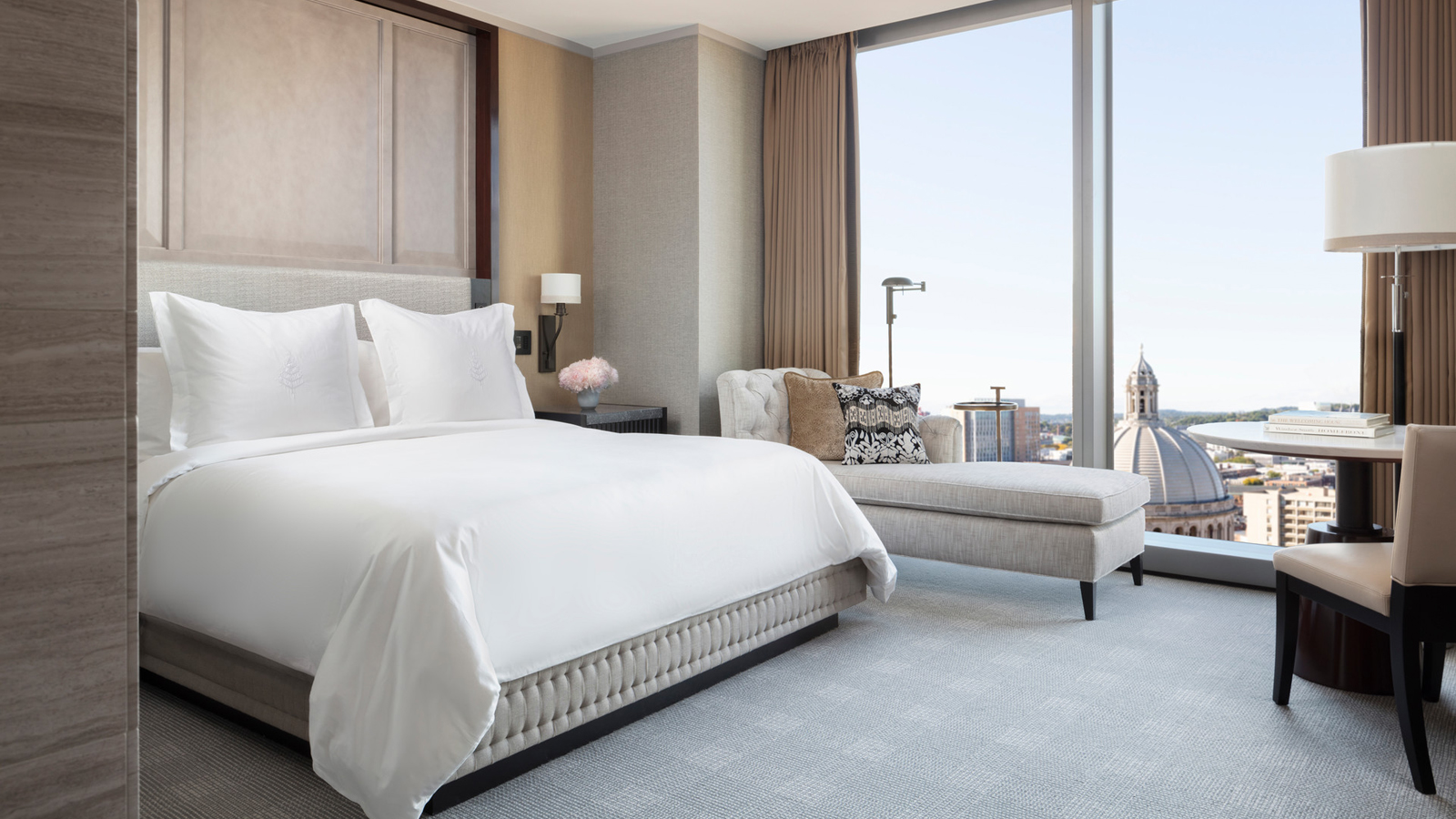 Original works from the Hotel’s multi-million dollar art collection curated by Kate Chertavian complement interior design by Bill Rooney of Bill Rooney Studio in every room and suite, as well as public spaces throughout the building.

Four Seasons Hotel One Dalton Street will be home to the newest location of Zuma, the global sensation dining experience renowned for its informal yet sophisticated twist on a traditional Japanese izakaya. Designed by Noriyoshi Muramatsu of Tokyo-based Studio Glitt, the interiors incorporate the natural elements of earth, fire, water and air. The restaurant will serve contemporary Japanese cuisine from three kitchens: main, sushi counter and robata grill.

Also on-site is One + One, destined to be the go-to choice for power breakfasts with its wall of windows in the heart of Back Bay.  The streetfront Trifecta Lobby Bar will offer chic cocktails after work and into the evening, accompanied by a menu of light fare by the Hotel’s Executive Chef Ellis Chong.

The spa and wellness centre spans the entire 7th floor of the Hotel, providing a refuge above Boston’s busy streets for Hotel guests, residents and day visitors.  The spa itself includes five treatment rooms, with one designed for couples to share the spa experience together.  There’s also a salon offering hair, nails and makeup services – a plus for bridal parties celebrating marriage at the hotel, as well as those who just want to look their best every day. 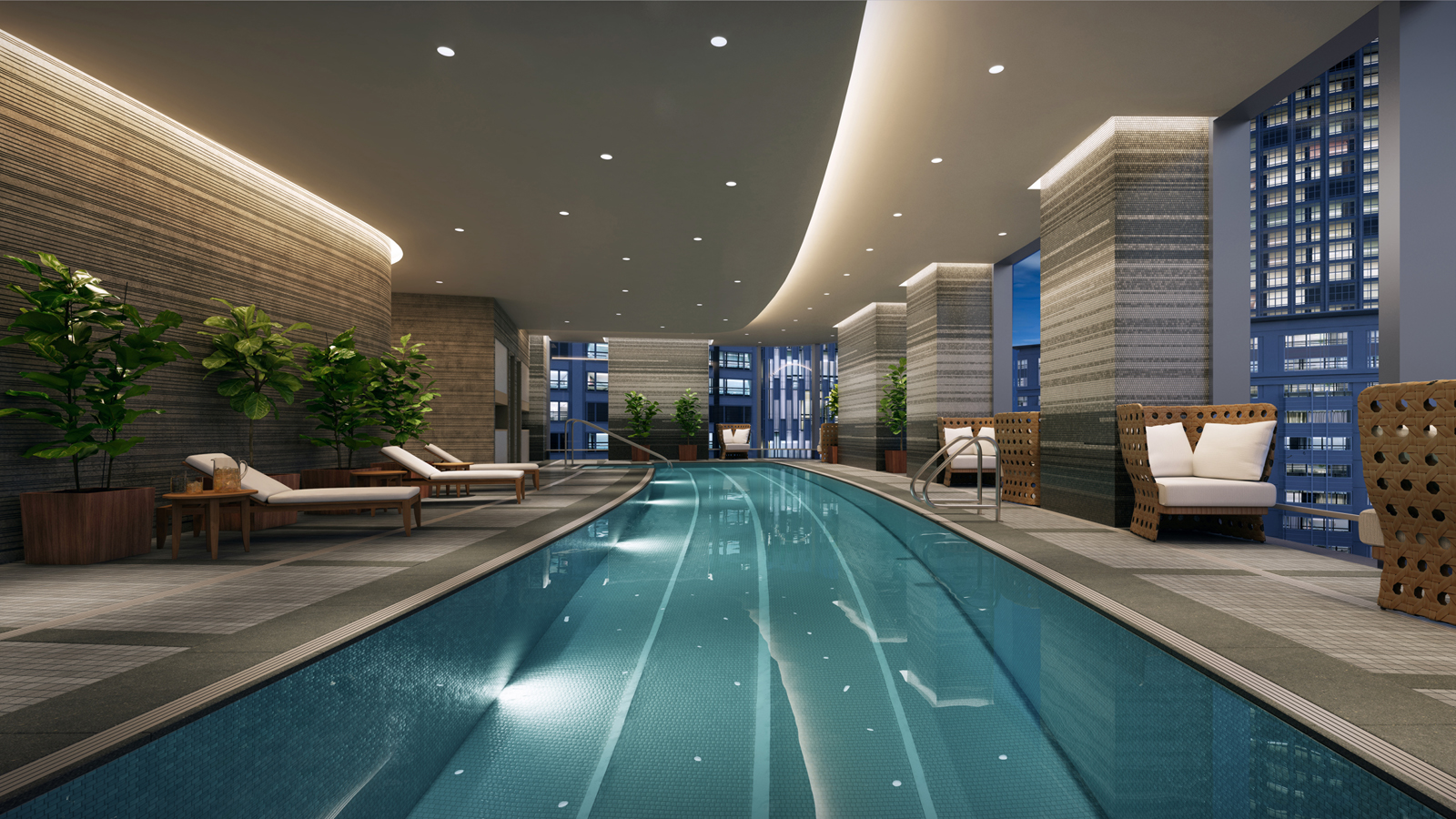 Fitness buffs will love working out on Precor equipment as chosen by Four Seasons partner and celebrity trainer Harley Pasternak, with many machines offering inspiring floor-to-ceiling views, as well as a private yoga and Pilates studio.

The pièce de résistance is the 64 foot (20 metre) lap pool that arcs in concert with the building’s curved windows.  Swim laps, relax on a day bed, or curl up in one of the plush chairs next to the windows.

Ideally located in the heart of Boston’s famed Back Bay neighbourhood, the new Four Seasons Hotel One Dalton is surrounded by luxury shopping, major businesses and world-class art and music, including Boston Symphony Hall.  Numerous green spaces are just steps away, including the Charles River and the city’s famed Emerald Necklace of adjacent parks, as well as Copley Square’s architectural landmarks. Sports fans will find themselves an easy 15 minute stroll from the legendary Fenway Park, home of the Boston Red Sox baseball team.

The Hotel is also just 15 minutes by car from Logan International Airport. 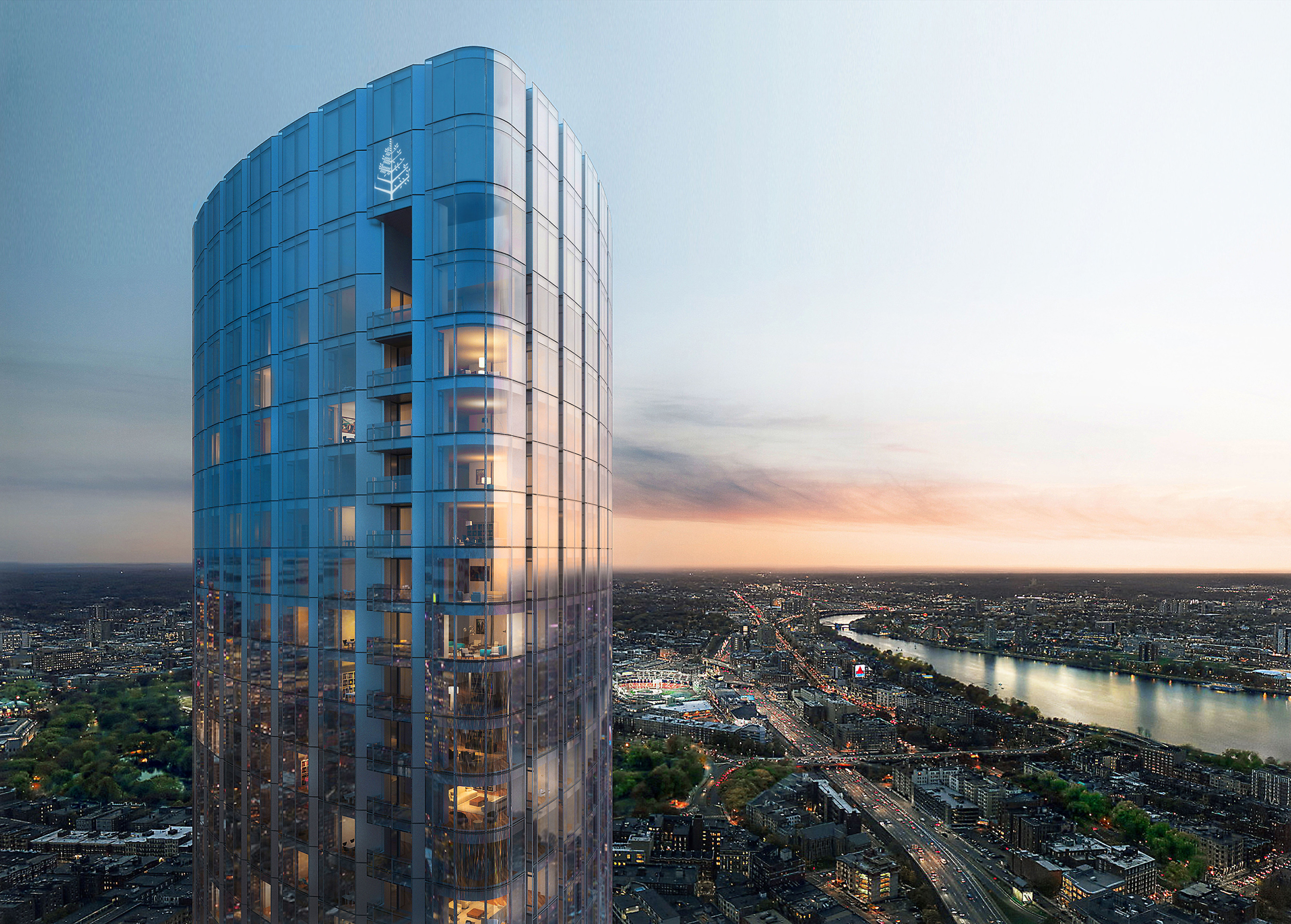 After having created the decoration of the Lobby, Relais Plaza, Galerie and reception lounges in 2014, the Bruno Moinard and … 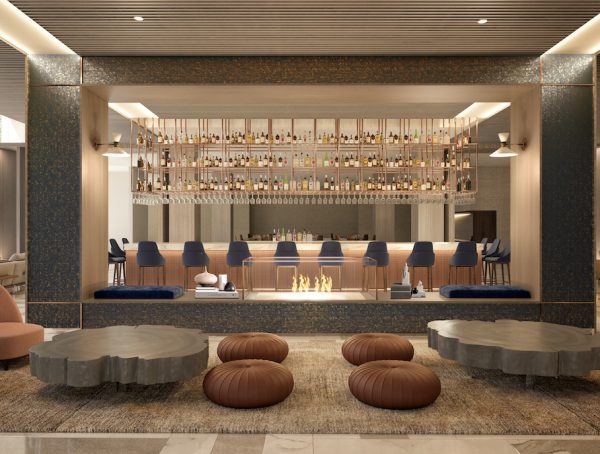 IHG Hotels & Resorts, one of the world’s leading hotel companies, will open InterContinental Barcelona in the city’s Montjuic district … 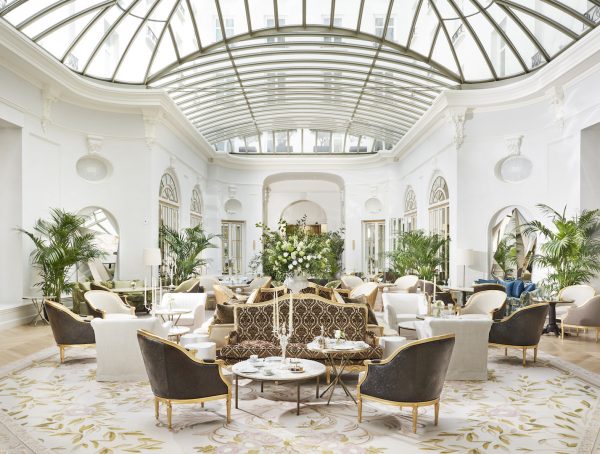