News collects all the stories you want to read
ANALYSIS

According to a recent HSBC luxury report that has been circling luxury media inboxes, bank analysts Antoine Belge, Erwan Rambourg (global co-head of consumer and retail research at HSBC) and AnneLaure Bismuth downplayed macro-economic concerns regarding China but warned that the luxury sector is slowing from 2018’s 9% growth rate to a gentler 6% in 2019 going into 2020. While indicators hint to a general downtrend across the industry, HSBC is confident in a soft rather than sharp decline with luxury conglomerates like Richemont Group, LVMH, and Kering sheltered from larger market headwinds.

“This is still robust, and should allow most luxury companies to increase margins further. The industry has been operating in a quasi-blue sky scenario for more than 12 months. All consumer nationalities have been contributing positively to growth, which is not sustainable.” – HSBC luxury report, Expecting the Unexpected HSBC Reports Luxury Growth to Slow at 6% but Conglomerates are Safe and Chinese Tourists are expected to return to Paris

The HSBC luxury report cited greater financial resilience and ability to expand and invest in eCommerce as key attributes which will hold the profit margins of major luxury conglomerates like LVMH, Moncler, Richemont, and Kering steady even in more unstable conditions. However, this positive outlook was couched with investor warnings for Tod’s and Ferragamo which the bank felt had “trading valuations which did not match their weaker fundamentals.”

The HSBC luxury report also contends that the recent boost to luxury growth rates were driven by Chinese consumers from the Middle Kingdom but that it was not sustainable for all nationalities to continue contributing to growth.

As it stands, Q4 2018 luxury markets were mixed in luxury capital Paris, dampened by a confluence of “gilets jaunes”  or yellow jackets, a populist, grassroots political movement for economic justice that began in France in November 2018; and growing luxury price parity in Beijing.

According to the 2017 HSBC Luxury Barometer, “the luxury sector saw an average 60% premium on prices in mainland China relative to France or Italy and so price arbitrage was logically a big driver of growth in Continental Europe”. Growing price parity at home (watch and jewellery brands like Cartier and Tiffany offer the best matched pricing, costing only 1 to 2% more in China whereas Moncler jackets can cost up to 48% more) and security concerns from “gilets jaunes” contributed to slow Christmas sales in what should have been a typical bustling sales period in Paris. 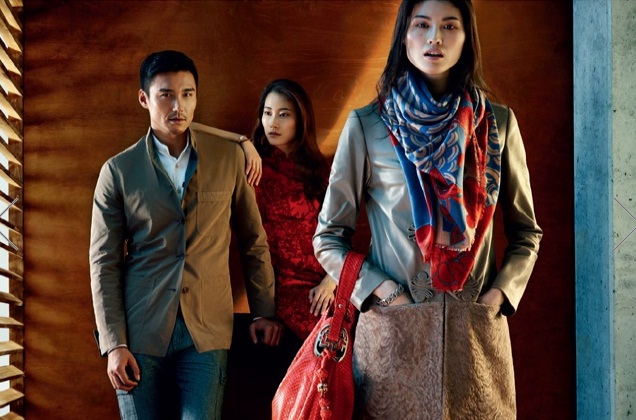 That said, while Chinese tourists are expected to return to the luxury capital on the back of a strengthening RMB currency and reduced security concerns, global Chinese demand is expected to downtrend for the foreseeable period primarily due to external factors like trade wars. Internally, a report that the  debt-to-income ratio of maturing Chinese millennials (those born between 1990 to 1996) have reached over 1800% with the average amount of debt owed to creditors at over $17,000 or RMB 120,000.

“China has become the world’s largest consumer market for luxury goods… Some young people have limited savings but are keen on buying expensive goods. They borrow for such consumption, and this excessive consumption pattern has made them spend out their earnings every month,” Cui Bo

This report among other factors, prompted Chinese officials to propose increasing the “luxury goods tax rate” as a way to curb these older millennials from “irrational spending” during the country’s annual “Two Sessions” meeting in Beijing. Two Sessions includes a meeting of the National People’s Congress (NPC), the country’s top legislature, and the Chinese People’s Political Consultative Conference (CPPCC), a body that advises the government on a range of issues. Overall, it is a gathering of 3,000 social, political and economic elites to determine the course for China.

The proposal to raise luxury goods tax rate in China comes in contrast with the broad reduction of VAT or Value Added Tax across a wide variety of sectors including manufacturing, construction, transport and services, as part of an RMB 2 trillion package which seeks to reduce costs for Chinese businesses amidst a potential trade war with the US and a weakening economy.

While there has been no decision taken yet, a policy decision affirming this new proposal would be problematic of luxury brands dependent on the region even with lower operating costs as a result of VAT reductions.

Demand in other markets, especially mature Japanese and European sectors are likely to slow from 2017 and 2018 highs. Reduced tax refunds in the US market are also expected to dampen spending and demand for luxury goods.

Chinese billionaire Li Shufu, owner of Geely Automobile, the second largest private automobile manufacturer in China is in talks to …

Swiss watch exports to Hong Kong, the sector's biggest market, plunged 11.4 percent in 2019 due to a wave of …

The socio-economic-political gloom all over the world paints a not so rosy picture, at the end of a cold and …