Lanvin could close its flagship men’s store in Paris after losing out on the sale of the building to the real estate arm of Compagnie Financière Richemont in another sign of the financial troubles plaguing the luxury firm as it struggles to stem a slide in sales.

The descendants of house founder Jeanne Lanvin sold the building on Rue du Faubourg Saint-Honoré this summer for a sum estimated at between 150 million euros and 200 million euros ($231 million), according to a source familiar with the matter.

Jeanne Lanvin SA, which has launched a cost-cutting drive, could not afford a counterbid and will now engage in talks with Richemont over the future of the historic location. A Richemont spokesperson confirmed the acquisition in Paris but declined further comment.

The oldest French fashion house still in activity has seen sales erode since a peak of 235 million euros in 2012. Last year, revenues fell 23 percent to 162 million euros, with a net loss of 18.3 million euros, marking the house’s first red ink in nearly a decade, with expectations of worsening losses this fiscal year.

An auditor has issued a warning over the label’s financial situation, said the source, confirming a Reuters report. This follows several changes in the creative direction of the house since majority owner Shaw-Lan Wang in 2015 pushed out Alber Elbaz, who catapulted the brand’s profile during his 14-year tenure.

The company’s works council launched a “right to notify” procedure requiring an audit amid fears that the company would not be able to pay employees’ salaries after Dec. 31, according to a second source. Officials at Lanvin did not immediately respond to a request for comment.

However, the first source said the company had enough options on the table to stay afloat for the foreseeable future.

Wang, a Taiwanese media magnate, recently brought back Nicolas Druz — who briefly headed the company in 2001 — as CEO. Michèle Huiban, CEO of the brand since 2013, now shares the title of deputy CEO with Simone Mantura, who joined the company in September.

In July, Bouchra Jarrar exited her position as creative director of the house’s women’s collections after just two seasons. She was replaced by Olivier Lapidus, a relative unknown, whose debut collection shown during Paris Fashion Week in September was panned by critics.

Following his appointment, minority shareholder Ralph Bartel and investment banker Pierre Mallevays of Savigny Partners, both board members, submitted letters of resignation to disassociate themselves from Wang’s decisions and governance.

According to sources, orders for women’s collections have been falling at a steep double-digit rate. The brand has also struggled to build a handbag business, a chief pillar for most European fashion firms.

Yet Wang has steadfastly resisted selling the label, resulting in the dispute that caused her rift with Elbaz. Mayhoola Group is said to have expressed interest prior to the Qatari investment group’s 2016 acquisition of Balmain but balked at the price Wang was seeking, said to be in the neighborhood of 500 million euros.

Speaking at a private presentation at the men’s store on Monday, Druz was defiantly upbeat, saying he was confident in the capacities of the company’s staff. “Nobody realized how ambitious we were in producing an entire collection in 42 days in the middle of August,” he said. “I think we restored everyone’s pride, because we were capable of creating 60 pieces in 42 days. Nobody in the world is capable of doing that.”

How is Capri Tiberio Palace positioned? What is your comp set?  In our comp set are Punta Tragara (Small Luxury), JK …

Valentino unveils the first looks of its new eyewear offering 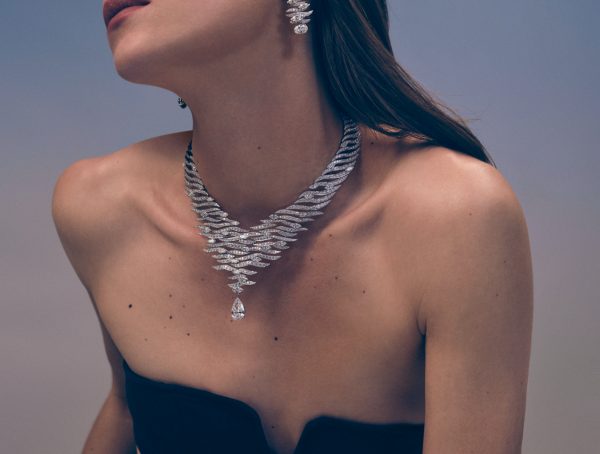 Since it was founded in 1780, Maison Chaumet has drawn inspiration from the elements of nature, among which water plays …